Andy Warhol and Ai Weiwei are two of the most recognisable artists of the twentieth and twenty-first centuries. While they have a number of similarities, there are distinguishable contrasts and their connection is presented in dialogue and correspondence in the exhibition, ‘Andy Warhol | Ai Weiwei’ on view at the National Gallery of Victoria (NGV). The exhibition will see a display of more than 300 works including new commissions, large-scale installations, a representation of paintings, sculpture, film, photography, music, publishing and social media.

‘Andy Warhol | Ai Weiwei’ was curated by Max Delany, NGV Senior Curator of Contemporary Art. The selected works encompass a series of themes that are explorative of modern and contemporary art. Both artists have engaged with the ready-made, investigated the relationship between art, politics, economy and celebrity while documenting contemporary society and everyday life. Although Ai and Warhol come from different cultural contexts and backgrounds, links can be seen in their artistic, conceptual and philosophical approaches. Delany says, “Both are artists who engage with media and communications, both have radically transformed the idea of the studio and artistic production, and both have been critical in redefining the role of  ‘the artist’ – as impresario, cultural producer, activist and brand.”

Warhol was an influential figure on Ai’s artistic practice. Ai lived in New York for a decade from 1983 where he was exposed to Warhol’s works. This significant relationship is evident in Ai’s photographic self-portrait, At the Museum of Modern Art where he is standing in front of Warhol’s Self-Portrait 1962 holding a similar pose to that of Warhol. Communication is a critical factor for Ai. Having taken up photography in the 1980s to publishing and curating in the 1990s and then moving on to blogging in the 2000s, he is now a producer of social media. The rapid growth of the internet has opened up Ai’s work to wider global contexts and communities. Delany says that Ai’s activities, “…move fluidly between the role of artist, activist and cultural critic, embracing the poetic and polemical, the symbolic and political, and the experimental and didactic in equal measure.”

Visitors can expect to see a variety of new works including an installation of portraits of Australian activists, advocates and champions of human rights and freedom of speech. Ai has developed multi-disciplinary works in response to Warhol. There have been sudden changes within the production process. One of the installations was intended to be constructed from LEGO blocks, however, Delany explains, “The LEGO company declined to provide a bulk order of their product due to the purported ‘political’ nature of the proposed work.” This decision saw an immense amount of support flood in through social media for Ai with people offering to donate LEGO blocks to the artist. A new work has since been designed in “defense of freedom of speech and political art,” says Delany.

Ai and Warhol, with their drives and ambitions, have significantly affected the constantly evolving art world. Ai continues to bring attention to issues that generate discussion, curiosity and change. Art is a powerful medium and both artists have adapted, nurtured and appropriated it to address their intended areas of focus. Delany says that ‘Andy Warhol | Ai Weiwei’ is, “a very interesting exhibition from an art historical perspective – and in relation to ideas related to freedom of speech and artistic expression.” 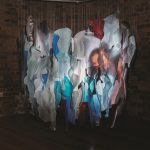 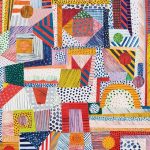 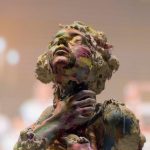 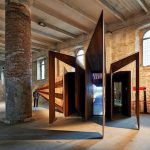