This month, the Berndt Museum at the University of Western Australia presents ‘Milingimbi: A Living Culture’ at the Lawrence Wilson Art Gallery, Subiaco. The exhibition comprises Indigenous artworks from Milingimbi Island, off the north-east coast of Arnhem Land in the Northern Territory – derived from the Berndt Collection and the Janet Holmes à Court Collection, with the support of the Milingimbi Art and Cultural Centre, a community-run centre with an extensive history of producing works rooted in Yolŋu culture.

The first Methodist missionaries arrived in Milingimbi in the 1920s. They encouraged artists to use their creative skills in the art and craft field as a commercial activity, but it was not until the 1960s that it would become a major market, and acquisition for national and international collections. Missionaries such as Reverend Ted Webb supported the purchase of many of the barks on show, with reference to the receipts held in the Berndt archives.

‘Milingimbi’ was conceptualised after the significant event ‘Makarrata: Bringing the Past into the Future’, held in August 2016 at Milingimbi Island. With representations from major collections around the world and the community of Milingimbi in attendance, the meeting’s agenda involved the challenge of pursuing change in the way in which collections worked with communities, and to resolve conflict that had surfaced over time. The outcome was a commitment to a shared practice of knowledge exchange and access between collections and community, to benefit its living culture.

Prior to colonisation, Milingimbi was exposed to Macassan traders from Indonesia, as well as Japanese fisherman. Their impressions are still evident today, notably with pandanus basket weaving. Today’s Milingimbi weavers harvest pandanus and dyes from adjacent islands to produce Gayantha (mats), Bathi (baskets/dilly bags), Daku (fish traps) and string bags, using the same techniques of their maternal ancestors. Much like these fibre works, bark painting has been passed on from generation to generation. This medium has become a strong vehicle for transferal of culture, its myths, narratives and practices encoded in the represent images and their immediacy of impact as works of art.

Milingimbi is part of the archipelago cluster known as the Cockatoo Islands, inhabited by the Yolŋu culture for over 40,000 years. Rooted in ancient soil, the name of the island is associated with a particular place rather than the land as a whole – a water well where the Mission was first built; more commonly known as the Macassa well, belonging to the Yirritja moiety. Its story begins with Mundukul, the lightning snake from Worral, strongly aligned with the restorative powers of the wet season and the cleansing of country. Mundukul is depicted by Yolŋu artist Tom Djawa (1905-1980), whose bark paintings feature in the exhibition along with works by David Malangi Daymirriŋu (1927–1999), Tony Djikululu (1938–1992), Jananbinal, Djangubali and Rarrtji.

Their individual practices and shared visual discourse provide a unique insight into the Yolŋu culture on Milingimbi Island resulting in a distinctive style of painting and craft making that is unrivaled. Curator Dr Vanessa Russ, Associate Director of the Berndt Museum says, “Though its essence is comparable to language and song, these works are bound to people and place, and embedded in the estuaries and rivers, shell middens and the forested landscapes of Milingimbi. This pulse of culture continues to enrich all our lives and is evident in every bark and Larrakitj on show today.” 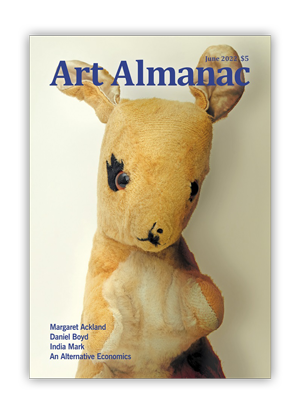 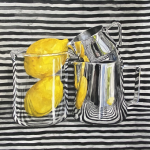 In the studio: Margaret Ackland 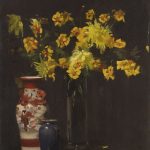 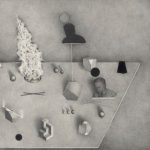 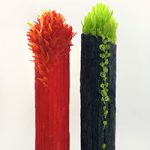 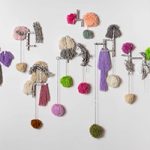