For much of the relative softness of the materials used in crafting techniques: yarn, fabrics, wool and felt, craft itself has a hard edge – it is uncompromising and political. This strong lineage of subversion and lasting entwinement with protest and social change has seen the emergence of craft’s own form of critique or means through which to explore the power dynamics operating in society. More recently, this has expanded and morphed with other contemporary practices and mediums as contemporary artists reach for craft-based materials and use them in new and more experimental ways. 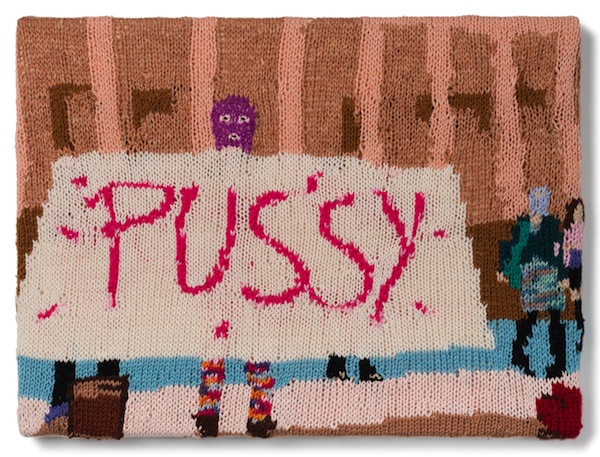 ‘Craftivism. Dissident Objects and Subversive Forms’ has been co-curated by Shepparton Art Museum (SAM) Director Dr Rebecca Coates and Senior Curator Anna Briers who take on this nexus of craft+activism – or Craftivism – asserting craft practices firmly within the concerns of contemporary art, banishing the art versus craft dichotomy of the past.

When I spoke with Coates, she traced craft’s subversive history in her vision for the exhibition. She foregrounded workers’ and trade unionists’ use of craft materials in banner making to create powerful statements about their working conditions, and demand better. Recently, the renewed protest movement in the face of growing international conservativism has given craftivism, in the form of protest-banner making or the pink Pussyhats of the anti-Trump protests across the USA in early 2017, a moment of mainstream focus. 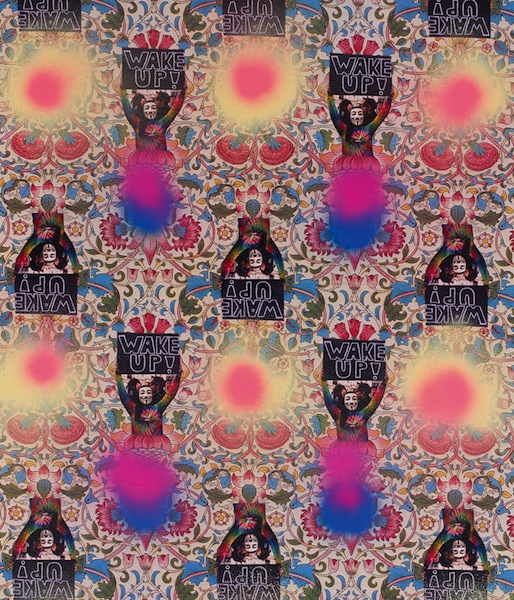 The expressly gendered lineage of craft and dissent, where women have used the domestic spaces and tasks to which they were bound to question the confines and strictures of their lives, also features prominently within the exhibition through the work of Kate Just. Just’s use of craft-based materials and processes, such as knitting and banner-making, places her firmly within this dynasty but her work itself, in its exploration of gender and representation, falls unquestionably within the space of contemporary art, speaking with strength and conviction about our current political and social moment.

Just’s Feminist Fan series (2015-17) of hand-knitted wall works pays homage to feminist artists and activists that hold particular significance for Just. Included in the exhibition is her work featuring Russian activists Pussy Riot when they performed their ‘punk prayer’ in a church in Moscow in 2012. Tai Snaith’s A world of her own (2018) includes ten wall-based ceramic works displayed alongside several conversations (which the viewer can listen in on) that informed the nature of each piece. It is a meditation on women in art, and the act itself. Storytelling is an important part of Snaith’s process and these sculptures are her response to some of the ideas and themes revealed through the exchanges she had with Chaco Kato, Sally Smart, Maree Clarke and other mid-career and emerging women and non-binary artists about why they make art. 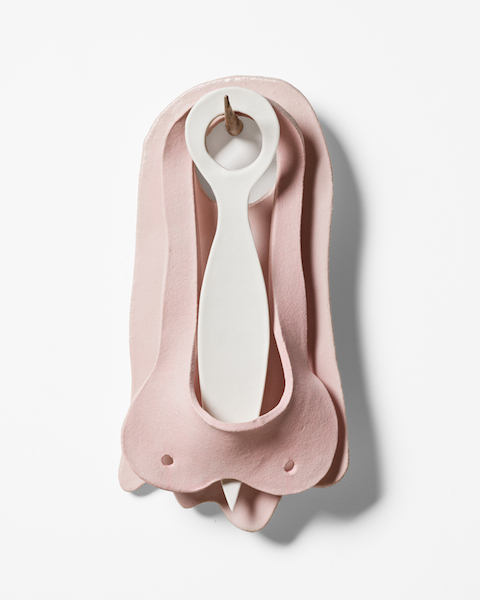 Contemporary artists, particularly those exploring queer perspectives, use of crafting techniques has refocused the concept of craft as a gendered medium. The use of these highly loaded materials and practices form fertile sites for queer futures in the work of Paul Yore. Yore employs quilting, embellishment and embroidery to make his large-scale wall works and installations. His works form spectacular, camp rainbow mirages utilising text to make expressly political statements in our image-saturated and input-overloaded digital present.

Briers said that ‘the artists in this exhibition leverage both traditional craft techniques and their associated readings in relation to gender constructs and representation. Concurrently, they reinscribe the value of craft as a powerful and subversive tactic within the canon of contemporary art.’

Other areas explored by artists in ‘Craftivism’ are environmental politics and climate change. Erub Arts collective’s Ghost net vessels (2015-18) are contemporary woven vessels that reflect on the environmental impact of industry and the destruction caused by fishing nets often left in the ocean by commercial fisheries.

Borders, democracy and immigration is a focus for Karen Black. Her ceramic work Temporary arrangement – yellow in 3 parts (2017) depicts a graphic scene of a refugee giving birth in a war zone, a scene drawn from Black’s experiences working with Syrian refugees in the Turkish border town of Rayhanli.

Firmly contemporary in its approach, further dispelling any preconceived opinions about craft or craft materials and demonstrating craft’s diverse and varied lineage are some of the many accomplishments of this presentation. Craft is championed as a medium that can be renewed and reinvigorated as a vehicle for social change, protest and expression within our current times and into the future.

Kathleen Linn is a Sydney-based writer, curator and editor. 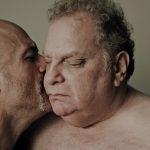 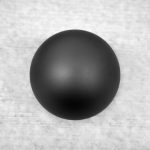 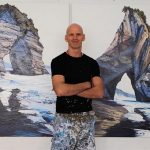 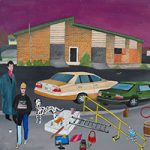 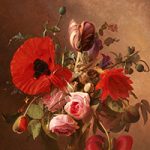